How to Download Music from Apple Music on Mac [Easily]

Apple Music, a popular music streaming service, has become the choice of many people. As an Apple Music user, have you ever been bothered by the following annoying situation? You may fail to listen to songs from your Apple Music app when you are on a bad network connection. So, in order to avoid such a situation, you need to download them in advance. However. After you download the songs, another problem arises. The downloaded music can only play on the Apple Music app, while other music software can neither recognize nor play it. What’s more, you have no way to access the downloaded music after your Apple Music subscription expires.

The above situations occur because of the DRM protection encrypted within Apple Music. To solve this problem, you need to use an Apple Music converter to help you remove the restriction. Here, in this post, we will introduce you to an outstanding tool –  MuConvert Apple Music Converter, to help you download Apple music to your Mac with high quality and efficiency.

Among all the music converters supported by the market, MuConvert Apple Music Converter is becoming the first choice of many people due to its powerful and practical functions to help you bypass DRM protection legally. With the built-in Apple Music web player, you can directly drag and drop the music you like to the Add button without installing iTunes to sync songs, greatly reducing the tedious operations.

What’s more, you can download songs from Apple Music to mainstream formats, like MP3, etc. with better compatibility and high quality, so you can download Apple Music for better offline listening and play it on other compatible music platforms. Also, with the batch conversion feature provided, you can download the music with just one click at up to 5X speed, which can bring you great efficiency. You can get the detailed features of MuConvert Apple Music Converter below:

You can click the download button below to install MuConvert Apple Music on your Mac. After installing it successfully, open it.

Once open the MuConvert Apple Music Converter, you will find “Open the Apple web player” in the middle of the interface. Click it to enter. 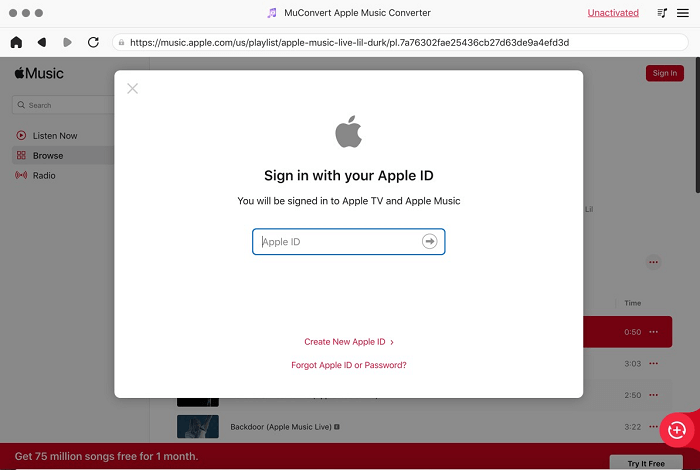 After entering the main interface of MuConvert Apple Music Converter, this program will automatically detect and analyze the Apple Music library for you. Then you can directly choose the songs you want to download, and then drag and drop them to the red Add button. Or you can click the “+” button to upload the songs, which can also work. 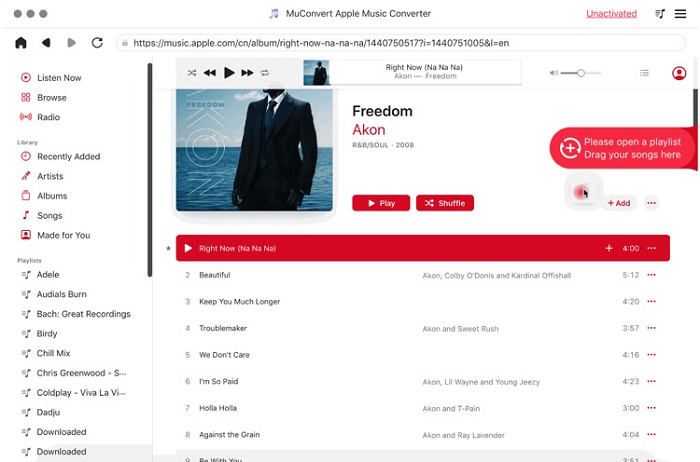 Before converting, you can go to “Setting >> Preference >> Advanced” to reset the output formats as personal preference. The Bitrate can be adjusted from 128 to 320kbps, while the Sample Rate is from 22050 to 48000hz. You can also go to “General” to reset the output folder to help find the downloaded files better. 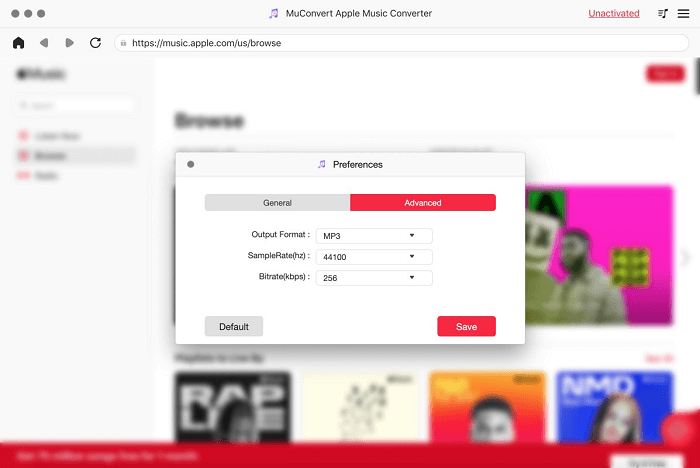 After the above steps have been done, you can click “Convert” or “Convert All” to start converting the songs. The conversion speed can be up to 5X faster, but this depends on your network situation. 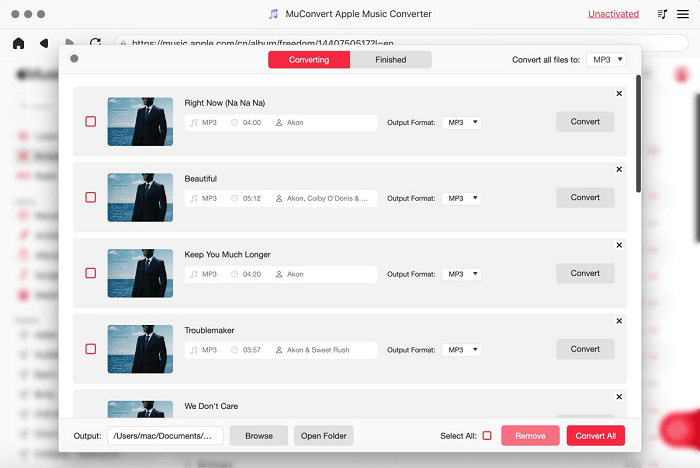 After finishing converting, you can click “Finished” to view the output files on your Mac.

The operation mentioned above is quite simple, you can click the download button here to have a try!

To bypass the restrictions of Apple Music and download music on mac, using the converting software – MuConvert Apple Music Converter, is workable. With this program, you can even play the downloaded music from Apple Music on other music players that you like. Just download it to have a better music experience. Hope you have an enjoyable music time!