How to Convert Apple Music to MP3 [2022 Latest Update]

As more and more people choose Apple Music over other music streaming services like Spotify, Pandora, and so forth, they also face a restriction set by Apple - only by subscribing for Apple Music service can users enjoy the music playback without restrictions on authorized devices. Yes, and even download them offline. 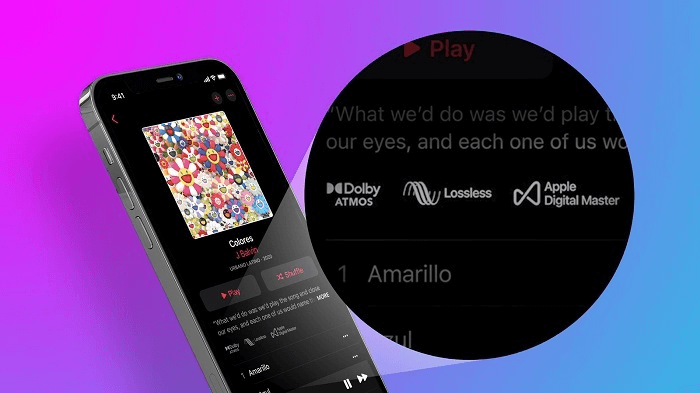 The most effortless method to convert Apple Music to MP3 is utilizing a professional and secure Apple Music to MP3 Converter, for the reason that you have to process the DRM removal during the conversion. DRM refers to the Digital Rights Management, a technique used for encrypting digital content provided for streaming online.

MuConvert Apple Music Converter is a brilliant tool we can rely on:

With a couple of mainstream output formats supported, people can remove DRM encryption from Apple Music and convert the songs to facilitate their compatibility for more devices and players for streaming back.

MuConvert can handle the Apple Music conversion by retaining the songs in its original condition. Therefore, from the ID3 tags to the quality, nothing will be changed as the conversion completes. People can enjoy the same streaming experience with the converted Apple Music songs.

In order to bring up the performance of Apple Music conversion, MuConvert sets the 10X faster conversion for Windows program by default, while Mac users can select from 1X to 5X for speeding up the process flexibly. Both versions supports the bulk conversion feature, which can resolve a list of songs conversion at once.

Despite such surprising features, MuConvert Apple Music Converter also provides the intuitive main feed for bringing people with easy-grasping operations to convert Apple Music to MP3. Let's scroll down to the tutorial part.

First, you should install MuConvert Apple Music Converter based on your computer system. The program supports running on Windows and Mac at this state. Also, it is recommended for you to try its free version before purchasing the subscription.

The latest version of MuConvert Apple Music Converter has upgraded the built-in Apple Music web player to deliver a more convenient music download service. You won't be required to have iTunes installed on your computer when removing the DRM anymore. If you are still using the old one, you can either keep using it or update the software to the new version.
Try It Free
Try It Free

Now, please launch MuConvert Apple Music Converter and sign in your Apple ID to enter. Then select the songs you like to convert. 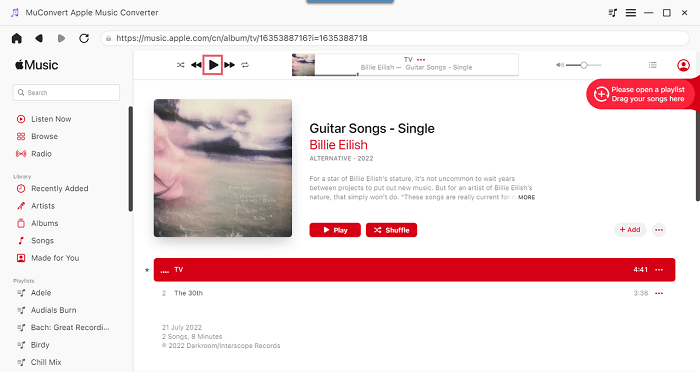 Turn down to the Output Settings column. You can select output format as MP3 in the first option. Subsequently, other settings like Bitrate and SamepleRate, can also be altered here if you need. 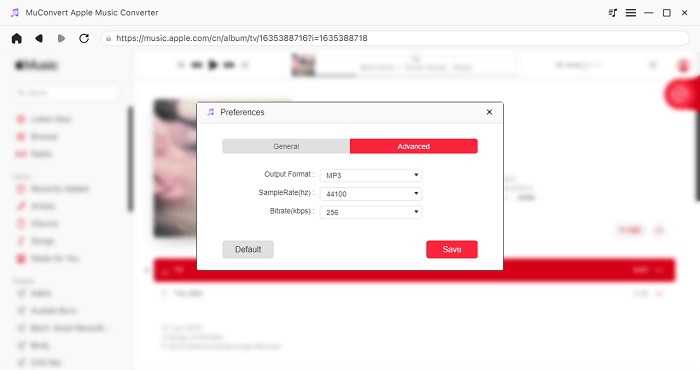 Now you turn to final step. When complete all the selections and settings before, you can finally click on the Convert button for starting the conversion to convert all Apple Music to MP3.

iTunes provides the hidden feature to help convert Apple Music to MP3 inside the program without utilizing extra apps or extensions. You only need to follow these simple procedures:

Step 1. Please run iTunes and go to Edit >> Preferences from the menu.

Step 4. Select the song you wish to convert to MP3, and click on File >> Convert >> Create MP3 Version. Then the song will be appeared in the library as MP3 file. 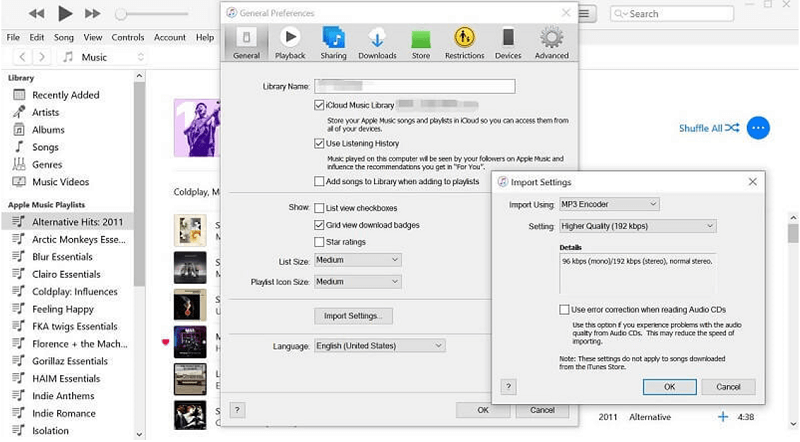 For Mac users, utilizing the Apple Music app is also able to convert Apple Music to MP3 within easy procedures. Now show you how: 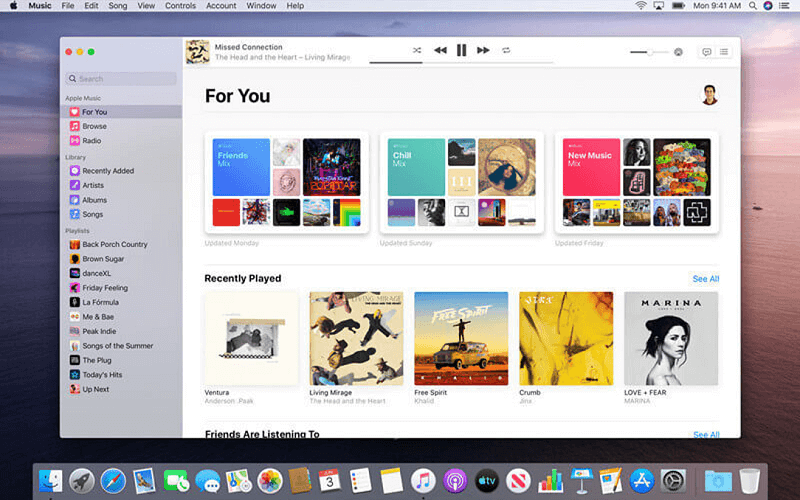 How to Record Apple Music to MP3

FonePaw Screen Recorder is also a handy tool assisting people to record audios with original quality, including Apple Music. Being compatible with MP3 output format, the program is also selected as a popular way to convert Apple Music to MP3.

Its simple main feed attributes to the easy manipulation. Only several procedures required to convert Apple Music to MP3.

Step 2. Set the volume of the system sound. As you don't need to record microphone, you can turn it off to avoid noise.

Step 3. Click the gear icon above the microphone setting. You can adjust the output audio format as MP3 in Output module.

Step 6. You can trim the audio before saving it.

You probably come out with some questions while processing to download Apple Music songs. These FAQs may be able to help you out.

What Format is Apple Music?

Apple Music songs are encoded as M4P file format, which is DRM-protected. Meanwhile, the audio encoder of Apple Music is AAC.

The core difference between Apple Music and iTunes Music refers to the fact that iTunes Music can be synced among more Apple devices after purchase. However, Apple Music songs can only be played within Apple Music app. They are not available to be transferred outside the application for streaming.

Can you put songs from Apple Music on a flash drive?

Bonus Tips to Use Apple Music

Instead of programs like MuConvert Apple Music Converter , there exists more ways for people to utilize Apple Music more flexibly. So, before the end of the post, these tips are introduced as a bonus to help Apple Music users facilitate more enjoyable music streaming experience.

Tip 1. Get Recommendations from Friends

During the social networking era, Apple Music also embeds the playlist sharing function to people. You can get music recommendations by turning to For You >> User Profile >> See What Friends are Listening To >> Get Started >> Continue to Find Contacts, then you can check your contacts if they also use Apple Music. After connecting with them, you can view the songs they are enjoying. 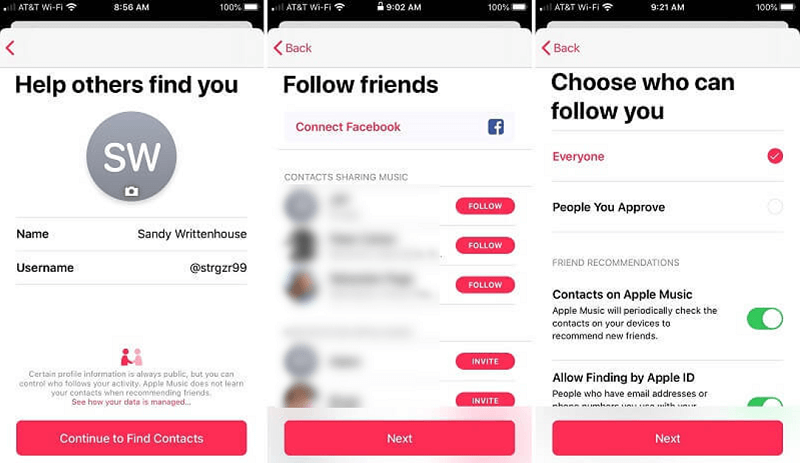 Apple Music allows people to automatically add songs from Apple Music playlists to the Library for collections. Simply go to Settings >> Music and toggle on Add Playlist Songs option, you will be able to add the songs to your Music Library the moment you add to a playlist. 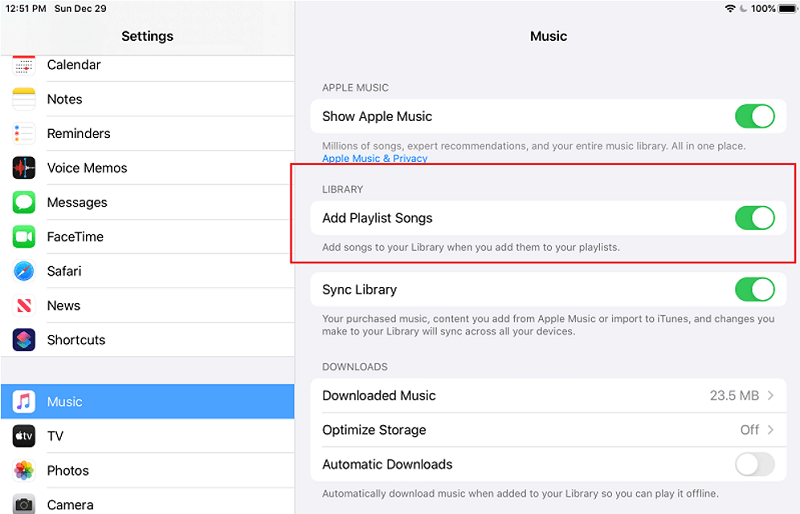 After downloading the Apple Music song in the app, you can set it as your wake-up alarm in the morning. Directly turn to Clock app and create an alarm. Go to Sound >> Pick a Song for selecting the downloaded Apple Music to wake you up specially in the mornings. 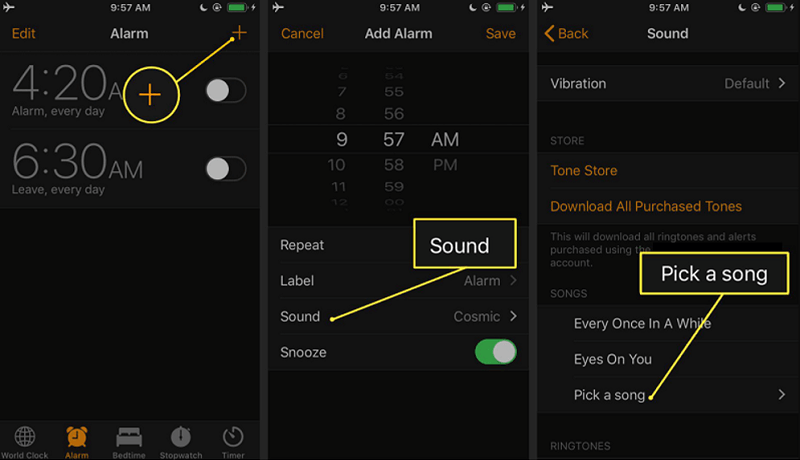