BTS, also known as Bangtan Boys, is a K-pop boy band firstly debuted in 2013, with 7 members in total. Since 2017, when the group has reached the top place with their fourth studio album, You Will Never Walk Alone, it seems nothing could stop their success anymore. For years, BTS has broken countless records, and won millions of fans from around the globe with their fantastic music. BTS is also the first K-pop band that would win such huge commercial success in western countries.

It is simple for you to freely access and stream any BTS songs, as the online music streaming platforms such as Spotify will always keep updating their latest singles or albums in time. But without subscribing to Spotify premium, you are not enabled to download BTS playlists and albums offline from Spotify. Luckily, we made this blog here to help now! In the following guidance, you will be introduced to an easy access to download BTS playlists or albums without Spotify premium anymore. Check it now! 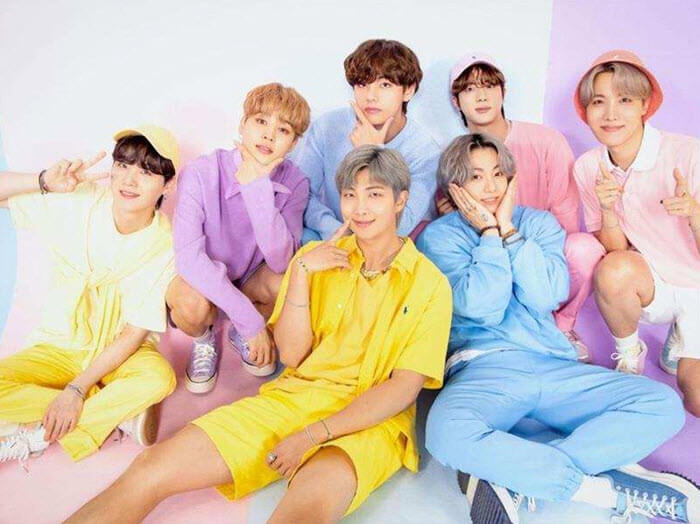 When Spotify has restricted users from downloading Spotify songs with the DRM encryption, you are required to strip it to realize the music download directly. To do this, MuConvert Spotify Music Converter is what you need.

Unlike many traditional Spotify Music downloaders do, MuConvert Spotify Music Converter empowers the hassle-free Spotify music download functionality to desktop users by integrating the Spotify web player inside the software, to enable users directly search for the singles, playlists, albums, or artists and process the music download directly, without the need to frequently copy and paste the URLs. Additionally, to ensure the high compatibility, MuConvert Spotify Music Converter also provides all mainstream formats such as MP3, M4A, WAV, and FLAC formats to save the DRM-free Spotify tracks. Hence, it would be the best option if you desire to download all BTS playlists and albums for offline streaming without Spotify premium.

STEP 1. Launch MuConvert Spotify Music Converter and login the built-in Spotify web player with your free Spotify account. Then you are able to search for BTS playlists or albums in the Spotify music library directly. 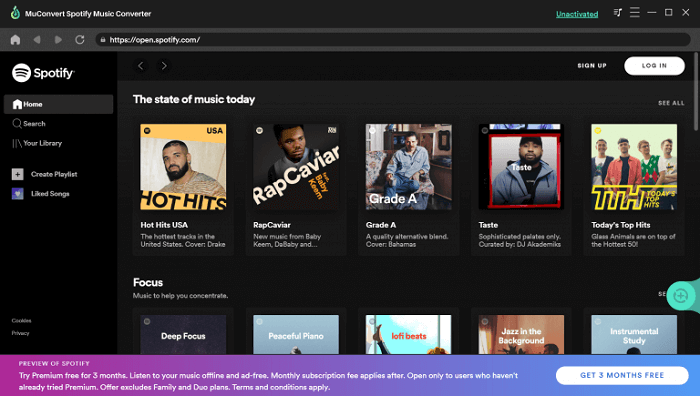 STEP 2. When you discover the BTS playlists desiring to download, directly drag it to the floating "+" icon to add the songs to the conversion queue. 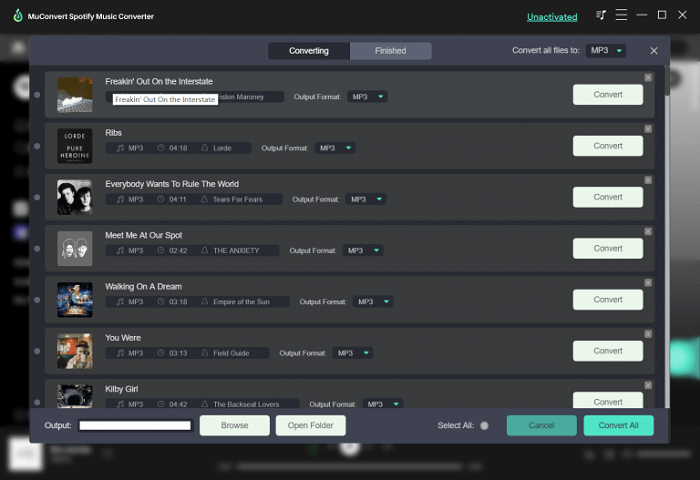 STEP 3. Now, you are available to select an output format to download BTS tracks offline. By navigating to "Menu" > "Preferences" > "Advanced", you are also able to customize both the sample rate and bitrate as well.

NOTE: If you turn to "General" section, the output folder is also able to be adjusted here. 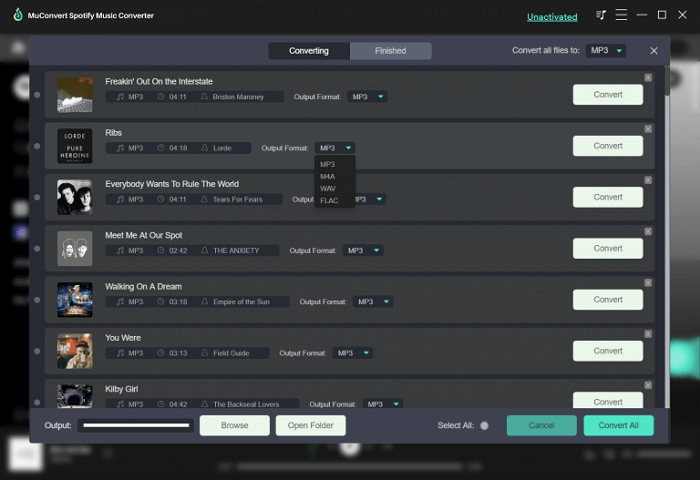 STEP 4. Finally, when the settings are all completed, hit the "Convert" icon to start batch downloading BTS songs offline now. As it completes, you are able to access the downloaded songs offline in your preset output folder.

NOTE: MuConvert Spotify Music Converter will automatically create a default folder to save the downloaded songs if you don’t change it by yourself. 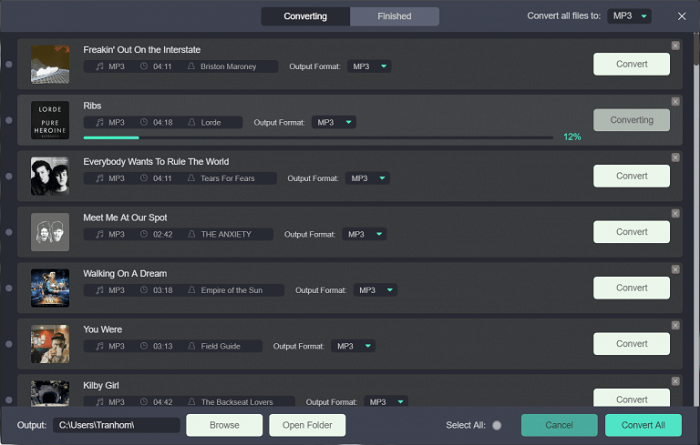 As mentioned, as Spotify provides its premium users to directly download BTS playlists and albums for streaming back inside Spotify desktop software or mobile app, you are also able to choose subscribing to Spotify premium if you desire to download the tracks for enjoying offline without ads or encountering with unexpected playback errors because of the poor network condition.

After subscribing to Spotify premium, when you login the web player inside Spotify desktop software or its mobile app, simply open the BTS playlist you desire to download, then by tapping the download icon and the whole playlist will be downloaded to your offline library for streaming without network connection. 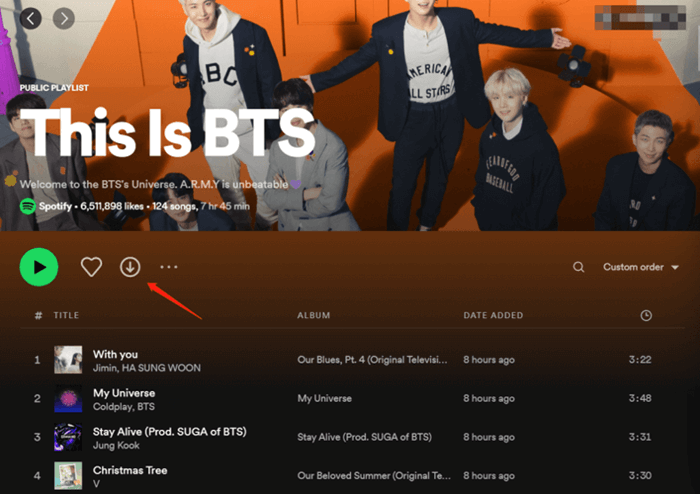 Finally, let's review what are the 10 hit BTS songs you should not miss if you just heard about them and want to get started to know them with any of BTS's music. This list could bring you certain recommendations.

Whenever you desire to download BTS playlists or albums offline for streaming without Spotify premium, MuConvert Spotify Music Converter is absolutely the best pick to help you get it done. The software deserves a try for its stable performance, high conversion efficiency, and intuitive functionality. With it, you no longer require Spotify premium to download ads-free songs offline anymore!